Aboriginal art is made of symbols. These were used to tell stories to each other or to say what they have done that day. The pictures mostly had patterns or animals and were made of dots using twigs. The animals were the ones the artist had seen that day like kangaroos, crocodiles, lizards and Australian birds (Kookaburras). 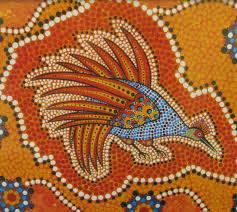 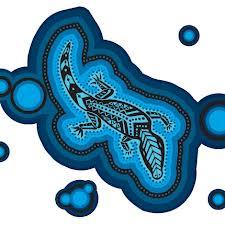 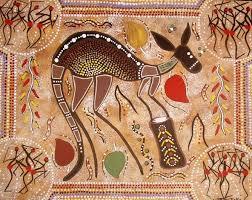 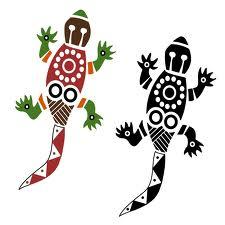 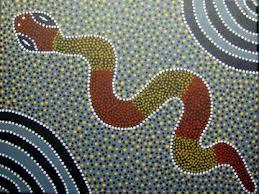 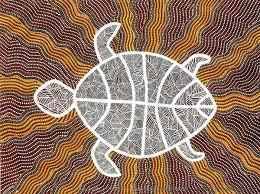 The pictures were made with only colours seen in nature. The soil was used for red, yellow and brown. They also used clay for white and charcoal for black. They only had objects they could find naturally to make their pictures like bark, clay, logs, twigs and rocks. They often used twigs covered in material to apply the paint. 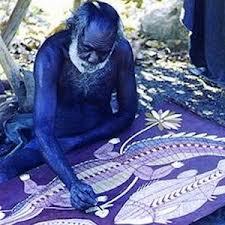 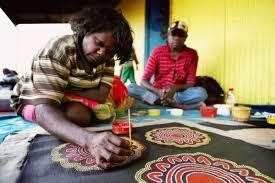 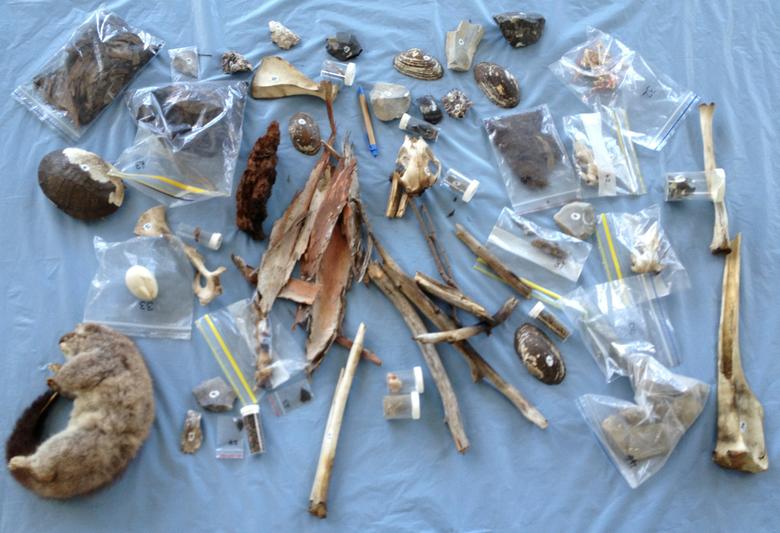 Aboriginal art is made up of symbols. These symbols were used to show different objects in the pictures and used to tell stories about their lives, animals they had seen and even to make pictures of the stars in the sky!

Symbols the Aboriginals used in their paintings. 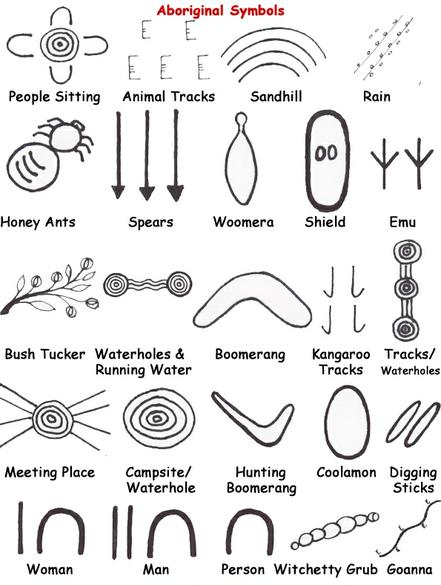 1. Aboriginal art is based on important ancient stories around the 'dreamtime' which was when the Aboriginal people believed the world was created.

2. Australian Aboriginal people do not have their own written language so the art is their language.

3. Paintings are also used for teaching as they tell stories.

4. Painting on bark is the oldest form of Aboriginal art but most of the bark has rotted away now.

5. Artists need permission to paint some of the special stories.

6. Aboriginal art on canvas and boards only started 40 years ago. They used to be painted on rocks and bark.

7. Dots were used to hide secrets by covering over the main story.

8. Aboriginal culture is the oldest to survive so it is very special and important.

9. The most expensive piece of Aboriginal art sold for £2.4 million dollars!

10. Aboriginal art has given the Aboriginal people a greater degree of self respect.